CrustBuster/Speed King, Inc. has over 40 years of manufacturing experience. The company originated in the small community of Spearville, KS, located about 17 miles east of Dodge City, KS.

The company was founded by Michael Hornung in 1960 to manufacture farm machinery. He had gained previous manufacturing amd business experience in an organization he and another individual founded in 1954 to manufacture basketball goals used in school gymnasiums across the country. With the knowledge and experience gained in his previous organization, at the age of 53 he founded American Products, Inc.

The company immediately experienced good solid growth due to the phenomenal acceptance of a product called the "Crust Buster", and later the company was renamed to reflect the reputation and notoriety of this product. Due to the trend toward the reduction in the number of farmers and the corresponding increase in the size of the remaining farms, the agricultural market eagerly accepted the tillage tools and grain drills with large field working widths, which could fold hydraulically for each transport. This was the concept CrustBuster used in building implements.

Throughout the 1960s, growth was solid and consistent. The 1970s demand requirements - created by fence row to fence row farming and $5.00 per bushel grain prices which, in turn, were brought on by the Russian wheat deal - fueled an almost uncontrollable red hot demand for CrustBuster products. The battle cry heard throughout the farm belt was that the American farmer must answer his country's call to feed a hungry world.

The 1980s was ushered in by the energy crisis erupting in the Middle East. The Federal Reserve Board, in a successful endeavor to control inflation, exploded interest rates, causing farm commodity prices to drop below half of what they were averaging in the 1970s. These factors forced several farmers into bankruptcy, spawning a farm depression not seen since the 1930s.

CrustBuster's management was faced with readjusting and reorganizing its business to reflect this decisive drop in sales and revenues. By the mid 1980s many previously good farm machinery manufacturers were beginning to fail. CrustBuster found its survival by purchasing the assets of other failing agricultural corporations and combining these operations under one operating umbrella of CrustBuster/Speed King, Inc.

To meet the challenges and manufacturing needs of these diverse product lines, the company's two manufacturing facilities underwent several upgrades in equipment and expansions to the manufacturing facility itself. The most recent expansion was completed in 1994 when the three existing buildings at the Spearville plant were all brought together to encompass a 60,000 square foot facility. This expansion, along with the 90,000 square foot Dodge City facility, proved to sufficiently meet the new demands of all the product lines CrustBuster/Speed King now produces.

Now, at the beginning of a new millennium, CrustBuster/Speed King, Inc. continues to commit to the same values held by Michael Hornung over 40 years ago while at the same time striving to be at the cutting edge of technology - be it in customer relations, equipment, techniques, or engineering designs. Through these commitments of constantly being aware of customers' concerns and through the implementation of new technology as it becomes available, CrustBuster/Speed King, Inc. hopes to become a major force in the ever-changing agriculture industry in this millennium and beyond. 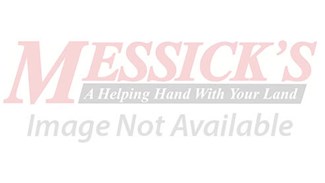