Messick's beginnings go back to November 26, 1952, when two brothers, Marlin and Merville Messick broke ground and erected a new building along route 230, three miles north of Elizabethtown, in Lancaster County, Pennsylvania. The dealership officially opened on February 1, 1953 with Marlin as the shop manager, and Merville handling both the sales and parts departments. Two years later a full time salesman and one additional mechanic were hired, and in 1962 an addition was built onto the existing building, housing a showroom and additional parts area.

In 1976 the successful Messick enterprise once again outgrew its shell, and a new 21 acre site was purchased at the present location along Route 283 at the Rheems Exit, Elizabethtown. The new facility provided 7,200 square feet of shop space, and 6000 square feet of showroom display area. Messick's celebrated its grand opening in February of 1977, exactly 25 years after first opening its doors. The Elizabethtown location underwent several expansions in the following years adding parts storage, shop space and warehousing.

In 1996, Messicks opened a new facility located along Route 30 in Abbottstown, York County, Pennsylvania. This facility was then built on to in 1999, giving Messick's over 43,000 square feet of showroom, warehouse, and shop space.

In early 2005 Messicks expanded the Elizabethtown location to overtake an adjacent car dealership. The new Outdoor Power building provided much needed space for office staff and room to display tractors and other equipment from Kubota's growing product line.

In 2011, Messick's footprint exploded with the acquisition of three neighboring dealerships. Lancaster Tractor and Equipment, Sweigard Bros New Holland of Halifax PA and Peterman Power of Carlisle, PA. This gave Messick's a 4th Kubota location, as well as access to the eXmark and simplicity lines. 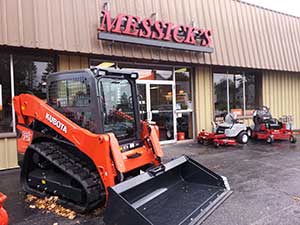 2013 was marked by a major renovation of the Elizabethtown facility. Construction was completed on a 40,000 sq/ft shop which allowed serving of multiple pieces of large equipment. The former shop space was renovated and houses nearly a mile of parts bins with 2nd floor offices. The added capacity enables Elizabethtown to act as a hub for the other locations with resources distributed daily via a route truck. 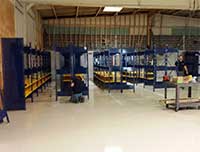 In 2014 Messicks struck deals to acquire O.C. Rice of Biglerville and R&W Equipment of Carlisle. The former Peterman location was merged into R&W's much larger facilities. After realizing the efficiencies of renovation at Elizabethtown, further investments were made at all stores to provide the best customer experience possible.

Decades of growth at Elizabethtown began making it difficult to continue innovating while upholding the level of service provided by our hub store. Elizabethtown had been expanded from 16,000 sq'ft (1971) to over 100,000 (2013) and local planning and regulatory requirements left no further options for growth. Shortly thereafter in 2018 land is purchased 6 miles away in Mount Joy and planning for relocation begins. 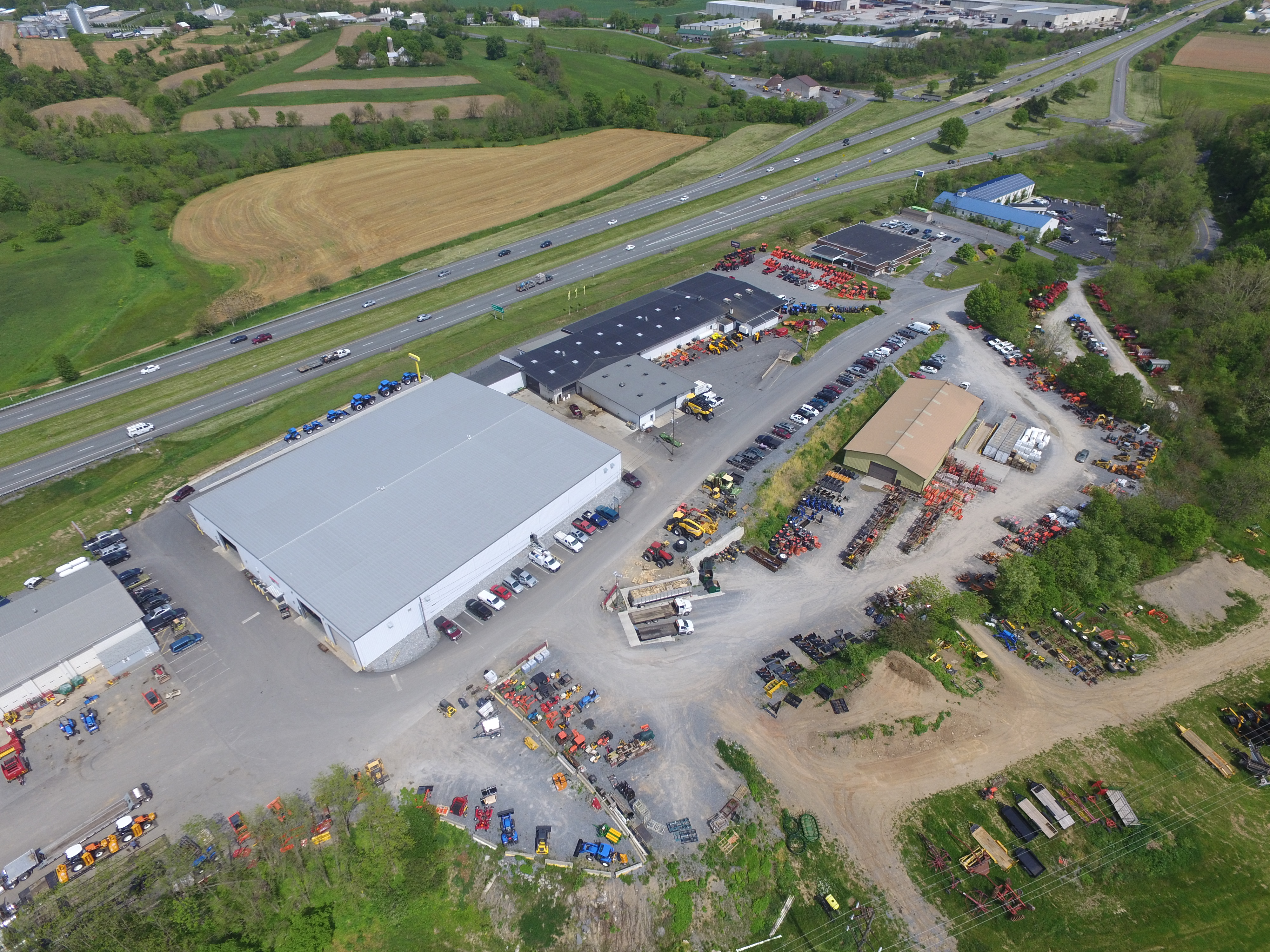 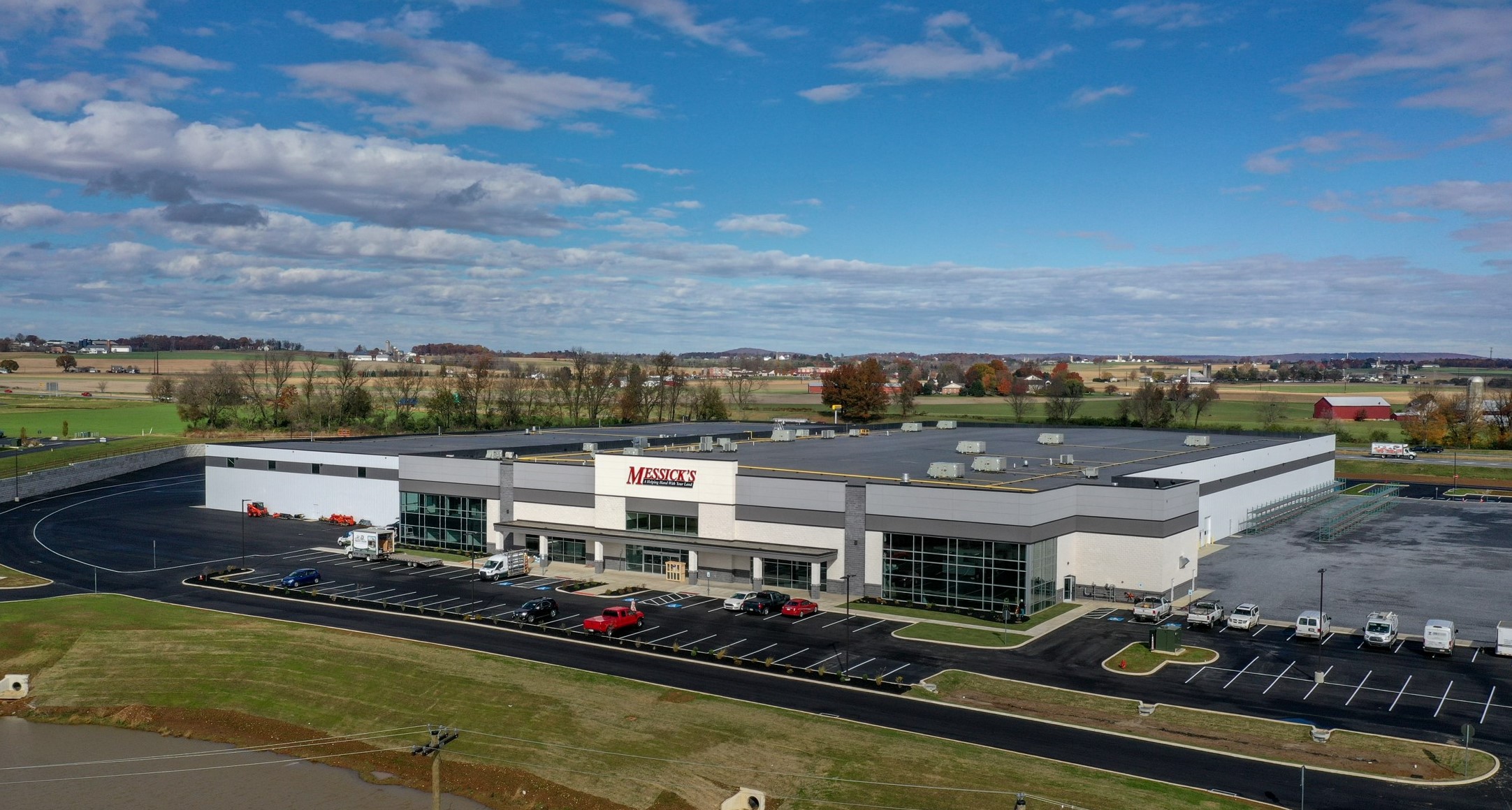 WHAT ARE YOU WORKING ON TODAY?

Search the catalogs for specific equipment.

OR   [Find by Model]
Currently searching parts for:
None
Choose from your equipment:
None
View My Equipment | Search Without Model
STOCK ORDERS PLACED IN:
13 : 20 : 14
WILL SHIP MONDAY